A Quick Intro to Us

In the interests of transparency this is not a difficult choice for me. I’ve owned Land Rovers, Range Rovers, Toyotas, and Volkswagens. I have lived and experienced the highs and lows of each of these brands. But for me the benefits of Toyota far outweigh all other options. Toyota are hard-wearing, reliable and well built machines with an unrivalled supply chain throughout Africa and there are plenty of people who have the mechanical skills to help out in a fix. I’m not here to bash any other brand.

I had a 100 series Land Cruiser in Mali and Senegal, then built up a beast of a D4D Fortuner in South Africa / Botswana and currently own a 2.8 GD6 Fortuner. I typically drive Hiluxes for work. There is no doubt in my mind that the Toyota Fortuner represents the best value for money 4×4 on the market. I have never got stuck in either of the Fortuner, they are customisable with a great range of accessories and they are extremely comfortable. At about half of the price of the Land Cruiser range (Prado through 70, 200 and 300 series) you just cannot rival what you get for your money. It’s also classy enough for the wife.

So what are we trying to achieve with this build?

Firstly, I need a vehicle that will get my around southern Africa for work. This means regular trips between Gaborone, Bulawayo, Harare and Johannesburg and then frequent stops at work sites in between. A typical trip is about 4,000-km and I might be doing this every 6 weeks or so. To this end, I need something that is solid, safe and reliable. With all those hours spent behind the wheel I need to feel sufficiently protected against other road users (including animals).

As a family we want to have a “permanent” camping set up. Something that at any given time we just have to jump in and go. This means a vehicle that carries the equipment all the time so that we are not constantly packing and unpacking. We do camp with an off-road Jurgens trailer with large roof top tent, but we also host family and friends so will need some additional camping space.

Despite my love of the Toyota Fortuner I decided that a Land Cruiser ticked the most boxes for this particular set of requirements. So which one?

With the recent release of the 300 series Land Cruiser I’d have thought that it may have been possible to get a good deal on an 200 series. No such luck. In Southern Africa prices are going through the roof for a variety of reasons for all Land Cruisers (more on this in a moment) but particularly the 200 series. Simply out of my price range.

I’ve always loved the 70 series Land Cruisers. I think the boxy styling is cool and reminds me of my favourite old Land Rover Defender – but without all the headaches. I enjoy the 79 series double cab and I quite like the idea of a canopy system on the back, and I would love to build a 78 series Troop Carrier (Troopy) as a proper overlander.

But to satisfy the family car criteria we have settled on finding a 76 series Land Cruiser. This is one of the most capable offroad vehicles and offers the closed rear station wagon styling to keep everything enclosed under one roof as well as huge customisation options. It comes in two variants: a 4.2 litre inline 6 cylinder and a V8 turbo diesel.

Now to find a suitable vehicle. I mentioned earlier that prices are skyrocketing currently for Land Cruisers. This is also true for other Toyota, and other brand, vehicles and is part due to component shortages and shipping delays caused by COVID lockdowns and increased global commodity and shipping prices.

But in this region it is also in part due to the massive floods which occurred in the Kwazulu Natal province in South Africa recently. The floods destroyed thousands of vehicles at Toyota Prospecton plant and this single event has exacerbated the already constrained supply chain.

As a consequence we are seeing prices for new and used vehicles increasing daily. So off I trot to try to find a decent priced Land Cruiser 76 series. I don’t mind which engine variant as I understand the pro’s and con’s of each engine – and I’m not a boy racer anyway so even the “donkey” is fine. The only other stipulation is that it must be less than 10 years old so that I don’t have problems importing it if we move to another country.

We are a British / Canadian family of four. The kids are still at primary school and we have been living in various African countries for the past 13 years. The first half of our Africa adventure was in French-speaking West Africa and the latest half has been in southern Africa.

As a family we need to be safe on the roads and be able to get out into the bush in order to really experience the amazing opportunities that surround us. Distances here are large – so journeys are often several days long just to get in or out. Work also has us driving around a lot – a typical work trip might easily be several thousand kilometres!

Whilst we do enjoy an occasional high-end luxury lodge or hotel, we are most comfortable in the real bush where we can camp, treat ourselves to wonderful food and drink, and enjoy peace and quiet away from the masses whilst at the same time experiencing the mind-blowing encounters with wildlife.

Our current base of Botswana gives us access to the Okavango Delta, Victoria Falls, Namibia, South Africa, Zimbabwe, Zambia and we don’t miss a chance to get out there and explore. 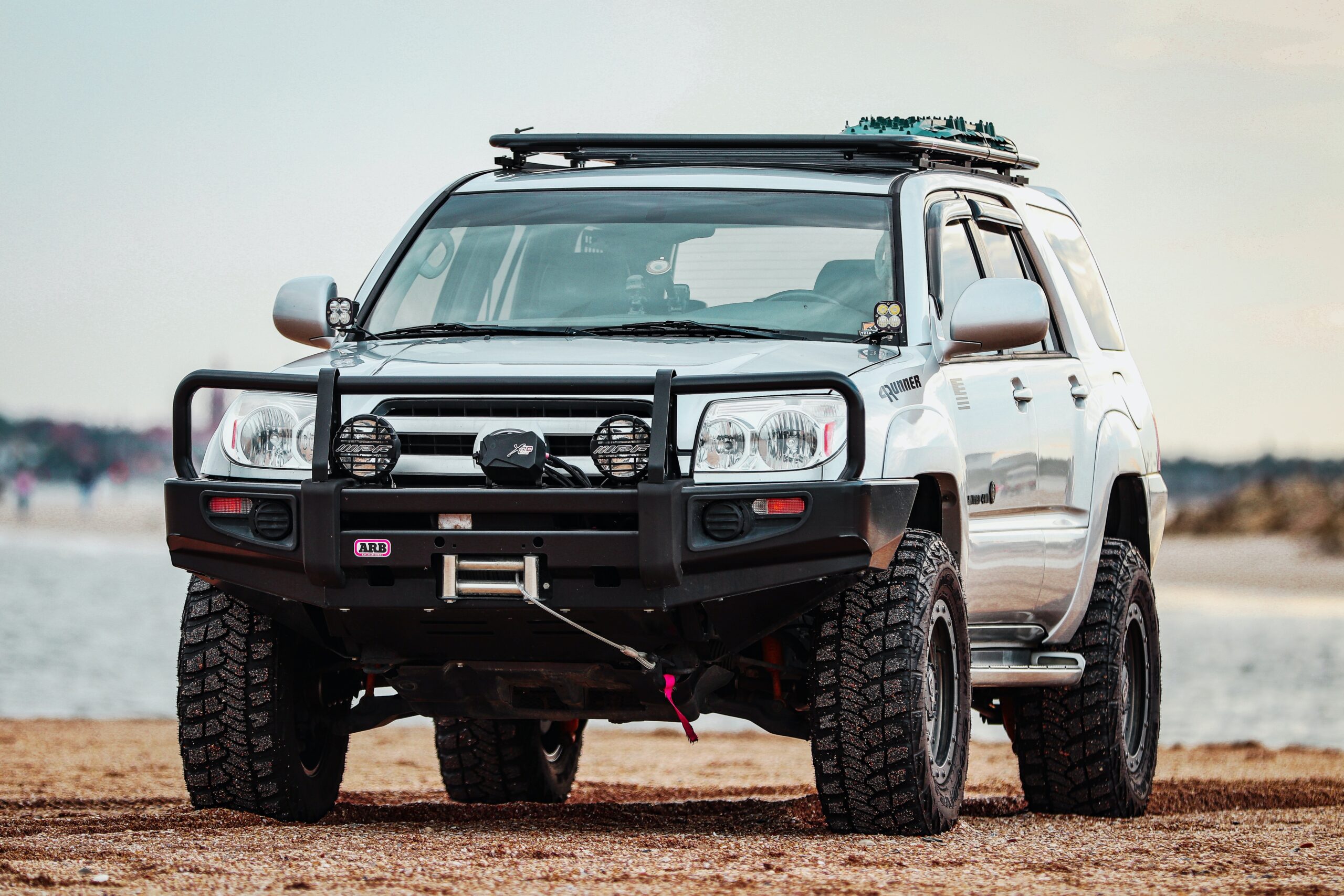 This is where this all starts. We’ve built a few awesome overlander / camping rigs in the past and we are now on a mission to build the ultimate one for our needs. In the next few blog posts we are going to take you through the entire process in realtime from choosing the base 4×4 vehicle through to scoping out what additional requirements will have to be met, to sourcing and then building out the ultimate 4×4 overland bush vehicle for our family in Africa.

We will blog and vlog as much of the specific work as possible and try to keep our photo quality high enough to be useful to you all.

Tough enough to be considered Africaproof

We use and review cool things that allow us to experience true wild African adventures. Whether you are missioning in Africa – or anywhere else in the world – if a product is tough enough to withstand everything that Africa might throw at it then it’ll be good where you are.